Home » Roles in and barriers to metabolic screening for people taking antipsychotic medications: a survey of psychiatrists.
Previous Pause Next

Roles in and barriers to metabolic screening for people taking antipsychotic medications: a survey of psychiatrists. 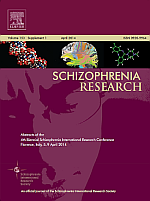 Our study fielded a survey (available upon request) aimed to understand psychiatrists’ beliefs about their roles in, and the barriers to, the screening, monitoring and treatment of metabolic risk factors in patients receiving antipsychotic medications, and the characteristics of psychiatrists or their practices influencing differing attitudes. Items characterizing psychiatrists and their practices were adapted from prior national surveys (Arbuckle et al., 2008; Kreyenbuhl et al., 2007; Olfson et al., 2006). Questions were developed based on previously hypothesized roles and barriers (Buckley et al., 2005; Morrato et al., 2010; Newcomer et al., 2004) and discussions with expert researchers. Five-point Likert scales were used to assess agreement with statements about psychiatrists’ roles in the screening and treatment of metabolic risk factors, and whether 26 barriers were significant in their practices.

Improve the screening and management of diabetes among people with severe mental illness served in community mental health clinics.